XArduino is a XS1 L1 co-processor for the Arduino open-source electronics prototyping platform.
XArduino provides Arduino applications with a 400 MIP's multi-threaded 32-bit co-processor, as well as providing a VGA video output and PS/2 keyboard/mouse input for the Arduino application to use.
It features a standard XTAG-2 to for programming and debugging. In addition the XTAG-2 interface will allow for XK-1 boards to access the VGA and PS/2 interfaces as well as way of connecting standard Arduino shields.
XArduino is pronounced as Zar-dween-oh (xar = zar, like "xavier")
Note: This is a 3.3V-only board
Images:

Presumably you will crate an Arduino library for co-processing with it, what will be your initial function focus, what sort of apps?

At the moment I'm only planning on using the XArduino to add video output function to Ardunio. So my intention is to code a basic serial terminal into the XS1 and the Arduino sends terminal strings across either the SPI or SCI for the XS1 to display on the VGA output. So initially I've no plans for a Arduino library. The Arduino programmer will just use the standard serial library.
Tony

hi.. I am interested in open-source FPV systems, and my search has lead me here. I first broached the subject on the arduino forums: http://www.arduino.cc/cgi-bin/yabb2/YaB ... 9331318/15, where the answer was a resounding no.

an example of the system I might be getting if no other options present themselves is: http://www.readymaderc.com/store/index. ... cts_id=275

is it the opinion of the developers of the xarduino that it could be the right choice for an open-source, arduino-compatible implementation of the above product?

Why do you need the Arduino?

I can understand the desire to work with an established market - but I've moved from the Arduino to the XMOS - so far there's nothing I can't do on the XMOS alone.

Not trying to be a smart alec, just curious as to what the Arduino brings to the table.

Well, someone asked why the Arduino -> I'm an Arduino user, and I must say, there are things, to my brain, that are just easier to do on the Arduino. Also, the Arduino has hardware UART which for MIDI working, makes more sense, so we don't just lose a 100Mhz Thread just to check for MIDI signal. ;-p

One thing I would love to see is a way to dish XTAG/JTAG and have the XMOS chip boot from the Arduino itself working as a Slave SPI. I'm talking this over the following thread:

Why? Simple, so users wouldn't need to buy an XTAG, and make things easier to handle. It would use the Arduino Flash for that, but most programs running on the XMOS wouldn't be too big, so it shouldn't be a problem, and no problem at all if using with a Mega board.
Wusik Dot Com (http://www.Wusik.com)
William-K.com (http://www.William-K.com)
Top 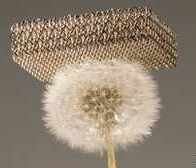 Will it be available as a ready built and tested Arduino Shield? For what price?

How will the programming be done?
Regards,
Prettu Sia
for more details