Technical questions regarding the xTIMEcomposer, xSOFTip Explorer and Programming with XMOS.
7 posts • Page 1 of 1

XMOS libraries cover the majority of digital (multichannel) audio protocols which is great. One that's missing is MADI. Another one is DANTE but otherwise, it's pretty much covered. DANTE needs licensing which is PITA but MADI spec is fully documented.

Considering the effort done for AES3 based protocols such as SPDIF, ADAT and friends, MADI (AES10) should be possible in the XMOS software domain without any FPGA. It could be that the 125MHz (link rate ) 100MHz (payload) speed needs some support from an external PHY but maybe not. If hardware must be involved, then the successor of the good old AMD TAXI chips (which puts the MADI processing in half) the Cypress CY7C9689A together with a parallel interfacing would also be a good way forward.

Together with me, who would be willing to start looking into this? A deep understanding of the ADAT library would certainly help as well as some MADI devices to test it.

Or maybe there exist some pieces of MADI which I might not be aware of.

I'm willing to pay for the effort and I'll contribute to the code as well. 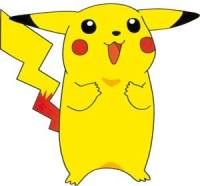 I will have look into if we can do MADI. It would be interesting if we can but the 125MHz rate is high, so as you say, a pay might be necessary. Thanks
Top

That's excellent news. I'm still on it. With some surrounding parts (which are needed anyways) it would be possible to keep it in the 100MHz clock domain. The extra 25 Mhz comes of the 4B5B encoding but some PHY's (mostly the optical transceivers) can do that internally. I have the VHDL code of a functioning MADI IP core which uses this approach that I can share. Also receiving is easier to do and should be probably the first step.

Having MADI we truly increase the value of the XMOS platform for multichannel audio which is one of the key capabilities. I'm willing to pay something and can offer end-to-end testing in my studio (coax and optical RX/TX).
Top

If you have any relevant docs of info to get me started please point me at them. I should quickly be able to assess the viability of running it on our chip. Thanks
Top

It's been a while. I'm still interested in having MADI@XMOS. What is your opinion about it? Is it feasible?
Top

It is possible given a suitable physical interface. The timing seems within the capabilities of our physical interfaces. The only questions is would it fit in a single core or require two? Two would mean that you could easily decouple the protocol layer stuff from the physical encoding, i.e. how the bits go out on the wire. One would be more work though but leave more resources.
Top

I'm revisiting this topic and would like to ask for help. Would you be up to try your best on MADI on a xmos board? My email is my username plus @gmail.com so you can contact me and we can discuss time and price. Could be a fun project during Corona time. Thanks
Top
7 posts • Page 1 of 1