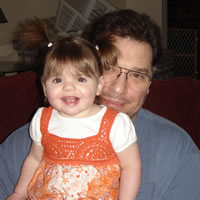 I am selling the following XMOS kits & book:

All kits work perfect, i have decided that XMOS is just not for me.

seulater: Sorry to here you are giving up on XMOS. I'm sure there is a world of fascinating projects that can be undertaken with them. However if they don't fit your requirements just now I guess that's it.

So all I can say is:

Sorry to hear that Jim, I hope you come back someday..

As a silver lining it could be a good deal for someone stateside to pick up some discounted Xmos Dev kit from your auction.

Good luck with whatever you are using next.

Thanks guys. I'm sure in the months to come i will re-visit the site to see if there is more clear documentation that can help me understand the whole thing.

That's an awesome deal.. I've been tempted to upgrade to a 4-core device from the XK-1.. and I think I may have just found 2.

If you still have them for auction in a few days, I may very well purchase em, that's an awesome deal!

But I know how that feels.. it took me about 4 months to actually get down and dirty with the XMOS.. was a bit much to understand, coming from no background in programming other than some self-taught C++. I was previously an Arduino user.. and still love it because of the HUGE HUGE HUGE support, and all the extra libraries and such that makes interfacing to devices like a million times easier.

But after that first.. "awkwardness", I haven't been able to put my XMOS down! Even though it's only Flashing LED's, but that's half the fun! lol And I think the hardest part for me was understanding where I'm able to use C, and where I need to use XC.. well, and the Ports were a bit confusing as well!

Hopefully you'll make your trek back to XMOS sooner or later! :)
Top
5 posts • Page 1 of 1

Return to “Getting started”