What software tools are available to help me debug boot? Topic is solved

If you have a simple question and just want an answer.
4 posts • Page 1 of 1

What software tools are available to help me debug boot?

My xcore isn't booting - how can I get further information about where it has failed?

1)Executes internal boot ROM (first stage bootloader) to load the second stage boot loader from SPI flash, OTP or link (if multi-chip). If booting from flash, SPI runs quite slowly (depends on mode/clock but a few of MHz typically - the divider is set to /20)

2) Executes second stage boot loader to setup links, PLL etc. and load the application (from flash or link if multi-chip). SPI runs quicker (according to boot pins/crystal and --jtag-speed setting used in xflash, which sets the divider. Run

3) Resets (on PLL configure to user application settings in .xn file) and runs application from RAM

If it is stuck before running the app, then you can use:

to find out where the processor is and what happened. The key registers to look at are PC, and SPC/ET/ED if an exception has occurred. Note these addresses are for  all XS1 - L, U and A series devices as they share the same boot ROM.

If it has stopped in the ROM (first stage boot loader) it is likely to be at one of the following addresses: 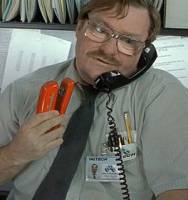 Re: What software tools are available to help me debug boot?

There is another place in the Boot ROM where an exception can be raised:
In the routine _BootModeOTPLoopEntry when the tile is trying to boot from OTP but the OTP content is empty or corrupted
0xffffc174: (ET_CALL) OTP CRC Check failed
Top

Re: What software tools are available to help me debug boot?

If the PC is in RAM (0x10000 - 0x50000) then that tile is running your application. If the PC is at 0xfffc300 but the SPC is in RAM, the ROM has successfully loaded and jumped to the next bootloader / user application but this has raised an exception before setting up its own exception handler.
If the PC starts with 0xfff that means the tile is executing from boot ROM.

Debugging exceptions:
When an exception was raised, have a look at the section ***** Registers ***** in the dumpstate.
Find the values for SPC (saved PC where of the instruction that raised the exception), ET (exception type) and ED (exception data).

Users browsing this forum: No registered users and 5 guests