I wonder how they wire the link, also fastlinks or is it just a abridge.
It's bit pricy, no, if you are an Amiga User. Amiga has a history of
working with transputers, X1000 is the natural fit. There new OS or
Platform runs linux on one CPU, Amigos on the other. No bodys
buying desktop when laptop are on par. Not bad for a cool board.
Top

It was the Atari that had a transputer add-on:

Yes it did, at the same time Amiga aslo had a box, if I recall corectlly. I even think it was more expandable than the Atari. I hacked the hell out of my AtariST, couldn't afford transputer though...

I was involved with the Sinclair QL at the time (I and a friend of mine ran the user group), as well as the transputer. Metacomco developed a C compiler for the QL and I knew the people there quite well. Another friend of mine interfaced one of my transputer modules to the QL.

Wow, that's experience, Leon. I never saw that machine in the states?
I think the 400 to 500 dollar range would be a killer price. I would
buy it and use it for develpment perhaps. Amiga has a killer history
who know's maybe there a killer app waiting to exploit their potential.
Like EDA and or SDS type things. :geek:

Oh yah! who is behind the X1000? While whoever it is, defenitally deserves appreciated credit.
Top

I'd forgotten about that. The Atari implementation is much better known.

I had read back then that managment at Atair and managment at Commadore switched around
alot because they basically bought out each other or something. It wierd, doesn't make alot of sense.
It's a subject that if I ever get around to checking out, It might be interesting, to have a better clue.
The real story probable a rouse, booth companys where splat dead center of the PC era.
Top 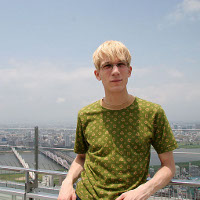 Oh, I just read this announcement more carefully and realized that I had misunderstood some things. I thought the XMOS processor would be the main cpu, and that they were trying to create some kind of modern low-end-hardware-but-kickass-OS-and-lots-of-bang-for-the-buck computer. But now I see that there's some kind of PPC in there too, and that the "Xena" will be a highly programmable coprocessor.

Which leads to my next question (and I know, I could probably find it out my self, but I'm a little lazy and I need to continue working on my Bachelor's thesis project), what kind of technology does the XMOS processors use for storing firmware? EEPROM, SRAM or something entirely different? I would guess EEPROM, but wouldn't that make it a poor choice for programmable copper as you would risk hitting the limit for how many times you can erase it? Someone would eventually write a virus that keeps overwriting it until it breaks :(
Top
24 posts