What is the difference between the XTAG and XTAG-2

What is the difference between the XTAG and XTAG-2

I just noticed that there is an XTAG-2 what is the difference between the XTAG. Is there any advantage debugging an XC-2. My XTAG that came with the kit locks up regularly while in stepping through a program.

Re: What is the difference between the XTAG and XTAG-2

Although I don't speak for Xmos some key differences I am aware of:

1) Xtag is FTDI based jtag, it has the advantage of a vritual console which you don't get withXtag2
2) Xtag2 is Xmos's jtag implementation and it runs a ULPI usb using a USB33i8 PHY , and an L1-64, its advantage I believe is meant to be speed.

In terms of reliability, both appear to have issues see linkers and this forum for such problems. Also the offciial position seems to be new designs should support Xtag2 rather than Xtag, not that this has been formally stated just a a feeling I get.

There maybe extra benefits for Xtag2 including undocumented features (or as yet unrealeased benefits) but we would need a statement from Xmos on this. For example I know there is a usb bootloader on board and software can be downloaded by the toolkit for example to provide a serial channel to the IDE. The Xtag2 also has a native LLINK channel on the Xtag2 header but I am not sure this is actively used yet.

Bit of a brain dump but hope it helps.. 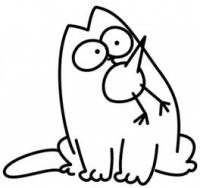 Re: What is the difference between the XTAG and XTAG-2

The XTAG-1 and XTAG-2 are currently functionally equivalent with the XTAG-2 providing roughly 10x the performance. This provides a more responsive debug experience when using the XTAG-2. Future features planned for later in the year such as more advanced real time debug and trace can only be provided using the XTAG-2 due to it allowing the use of an XLink and the fact that the firmware is reconfigurable at runtime. There are minimal new features planned for the XTAG-1 other than to maintain and support what is already available.
Top
3 posts • Page 1 of 1