The multichannel dev board is so packed with features that they forgot to leave us any room to add our own! it's basically a platform for experimenting with their software libraries in a fixed hardware environment. You can't really make anything new from it, just run what they've given us in different ways.Yes, you can pull out various bits and pieces and use their pins for other things, but I shouldn't have to do that on a dev board.

The "kit" series appears dead. Like the previously mentioned board, it didn't seem great for building new stuff upon.

What I would love to see is a truly *minimal* dev board: the main silicon and just enough of a life support system to get it running and easily re-programmable from the PC. All the other general use pins would be exposed* for use by the programmer. The silicon is cheap, so a ridiculous high end chip at a low price point would be a good selling point. I don't know if it's just me, but the combination of features and characteristics of the XMOS xCORE-200 chips is an incredibly appealing proposition, and there's just not really anything else quite like them. Single-cycle instructions, simple multicore concurrency, fast clock speeds. There are lots of boards in the "maker" scene today using cheap, powerful ARM chips. I wish them all the best for their projects, but I feel like they're missing out on something. I want a hardware stack I can fully understand, and programs I can easily reason about. Most people are never going to have that with ARM.

There's so much stuff I want to do that I've been avoiding because it's hard to tell from the data sheet exactly how much "life support" these chips need. I'm only a few months in to my electronics journey, but I've worked close enough to the metal as a programmer to have an advantage there. I have wired up other MCUs from scratch, but none close to the size of the xCOREs. I need some help with this one, and I suspect it'll be easy for someone else. It doesn't have to be someone from XMOS. I would happily pay anyone here a small fee to design me such a board, and I'd pay even more if you could help me get it made for cheap. I live next to Shenzhen, so, like, you'd think it could be done.

* Hopefully wire headers would be fine at this frequency and the likely path length but i didn't do the math.

for general purpose developments, take a look at the xCORE-200 eXplorer kit:
https://www.xmos.com/support/boards?product=18230

Both are available and hopefully will be of interest.

What do you really expect? Which line should the board be based on(L, E, U...)? What's your target price? How many cores? What's your target input voltage? Does it require level shifters? Does it require LEDs, do you have an issue using the xtag? Your specs are not very clear. Another important thing is port layout. Would you want 16b, 8b, 4b, mostly 1b? A lot of those small arm dev boards have alot of trade offs. Also with xtag adapter an xmos board will never compete on price to most arm boards.

If you have the ability to modify how you'd like I can give you a template. 5v -> 1v0 and 3v3 rails. Reset circuit, mcu with decoupling(0805 cap arrays on opposite layer of mcu) and ground, clock input, xtag header(full), meant for four layers. Using xlf or xuf variants. Could be modified to support ext flash chips easily. I honestly am not sure I believe in a true general board for these due to port routing over multiple tiles so I usually work from a template and go from there.
Top 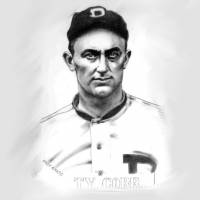