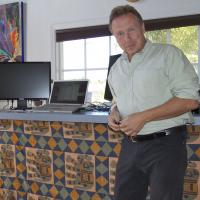 This is an experiment in porting Python-on-a-chip to the XMOS environment. Python on a chip derives from PyMite, and is also called p14p.
** This project will be released under the GPL v2 license, as dictated by the upstream source. **
Python is a popular, robust, and very productive dynamically typed language, used both for scripting or configuring systems and also as a first-class language for larger projects.
Being interpreted, Python can be used 'at the command prompt' for learning, development, and testing. With a small library to expose XMOS features, it may be possible to interactively experiment with channel communications, port i/o, and test hardware integration.
I (russf) have a couple of requirements for configuration that would be met nicely with python, which is in any case my preferred productivity language. Code size will be critical, so this is very tentative, and we don't have a timeline, yet. We'll keep you posted.
Comments welcome.
Images:

Re: Python on a chip

Do you ve an update on the progress of this project.